Can we ruin it? Yes we can!

The new, CG series of 'Bob The Builder' is a triumph of expense-saving over art and craft.

As a father to a young family, I see more than my fair share of TV shows aimed at the under-fives. As has always been the case with kids' TV, there's a real mix of good stuff and awful dross. However, the long-running series usually have something going for them, which is why they continue to be commissioned. Bob The Builder was one such show, which has clearly struck a chord with lots of kids over the years. While not my son's favourite show, it usually holds his interest, and I didn't mind watching it, as the stop-motion animation was smooth, and the models nicely made. This is now no longer the case.

Last year, I had the pleasure of meeting the animator Barry Purves, behind such legendary shows as Wind In The Willows and Chorlton & The Wheelies. He told me how the demand for costly stop-motion is dropping at an alarming rate, and that even the next series of Bob The Builder was to be made in CG. This was disappointing, if not exactly surprising news. 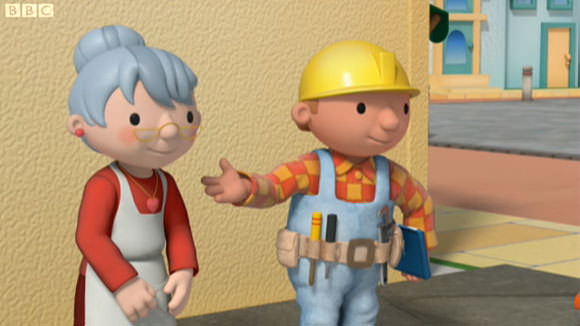 However, what was surprising was how shockingly awful the show is. Considering its legacy, I was expecting some tastefully and carefully produced animation, the kind where you're not sure if it's CG or not. However, it's the worst kind of pile-'em-high, sell-'em-cheap programme making, with absolutely none of the charm of its stop-motion predecessor. Colours are garish (as opposed to the bright, but balanced palette of yore), the animation of the characters is robotic and springy, and the re-use of assets inexcusable (I saw Bob making a brick wall, where every brick had the exact same shading and texture). This, combined with textures that would look shoddy on a Playstation 2 game, makes for a stultifyingly depressing watch. Of course, my son hasn't noticed the difference – he's two years old – and this will have been precisely the justification made in the board room when the decision was made to switch.

But children aren't stupid, and as my son gets older, he'll be able to tell the difference between good and bad, which is when he'll tire of rubbish like this.

Yes, stop-motion animation is expensive and time consuming, but it also affords the creator the opportunity to imbue real character and emotional expression into a film. Just look at the utterly delightful Timmy Time, made by Aardman. There are little details throughout that make this great fun to watch. The model making is exceptional, and it's at times genuinely funny. 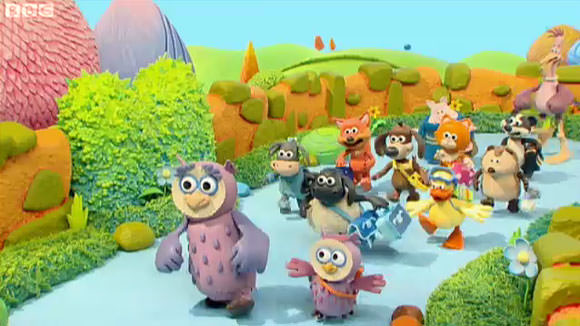 This isn't an anti-CG article. Apart from the obvious people like Pixar, there's loads of great CG animation out there. Just look at the beautiful and spellbinding adaption of the Oliver Jeffers book Lost and Found. It's been created with great care and charm. It also does things that would have been nigh on impossible to do with traditional techniques, such as the quite brilliant storm sequence.

The animated adaption of The Gruffalo was also an excellent example of CG animation that takes its cues from traditional stop-motion animation, but builds on it with the capabilities of CG. Bob The Builder does none of this.

What irks me the most is that technology should be showing children that anything is possible, and that you just need imagination to make things happen. What Bob The Builder does is show kids that using computers allows you to be lazy, uninspired, cheap and artless.