Can you crack The Code?

The interactive experience for BBC's The Code is now live!

The digital component of BBC's pioneering new three-part TV series The Code has now launched. Dean Vipond was appointed by game and storytelling experts Six To Start to provide visual and interaction design for this ambitious and exciting project. The Code encourages players to find clues in the show and online, in order to solve puzzles as part of a real life treasure hunt.

The show is all about the mathematical codes which underpin how our world works. Unlike most TV shows, the online aspect has been a fundamental element of the entire production, with TV show and game created as a single experience. 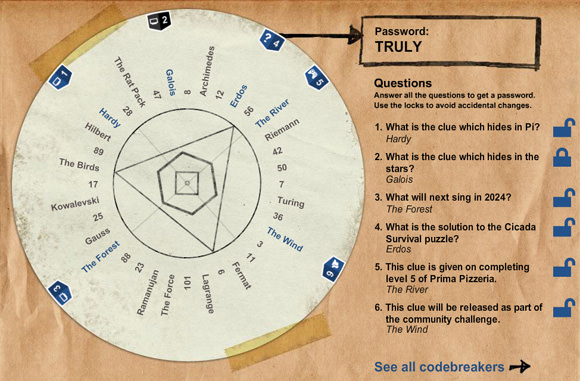 It's been a hugely exciting and satisfying project to work on. The first episode of the TV show airs on 27th July at 9pm, but players are already working to solve various puzzles online now. Take a look, and join the treasure hunt!