Do the fine details really matter to a powerful brand? Last year I took my family on holiday to Center Parcs. In terms of a brand experience, I was rather impressed. From its well presented and easy to use website, through to the information packs we received in the post and the demeanour of the staff on arrival, it all met with my expectations of what Center Parcs was about. 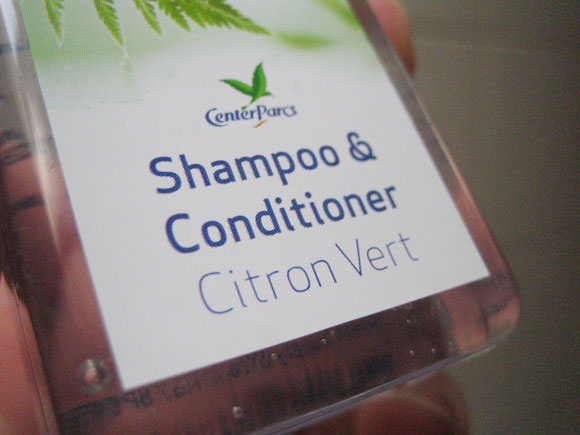 Once we'd arrived at our chalet, the positive experience continued. All the welcoming literature was on-brand and clear, and even the complimentary shower gel was branded! However, my spidey-senses were tingling. I knew that someone, somewhere, was using Comic Sans in the name of Center Parcs.

I was right. As we entered the swimming pool, there it was – our jaunty, fun-loving friend informing us of CCTV cameras. Sometimes I hate to be proven right, and this was just such a time.

Finding evidence of Comic Sans was an inevitability. In 1989, the author Mike Godwin coined what is now known as Godwin's Law – “As an online discussion grows longer, the probability of a comparison involving Nazis or Hitler approaches 1.” Basically, it is inevitable that any online discussion, if allowed to continue long enough, will reference Hitler and the Nazis.

In a similar vein, I'd like to propose Vipond's Law – that no matter how tightly controlled a brand's design may be, as the number of individuals responsible for communications grows, the probability of Comic Sans being used in a branded touchpoint approaches 1. It cannot be stopped.

I bet that there's an out-of-order sign somwhere on a toilet cubicle door at one of Apple's offices, or an email signature belonging to a receptionist at British Airways that undermines the efforts designers and brand guardians make to ensure consistency.

The Co-op (or Co-operative, as their branding dictates) threw me quite a curve ball recently. I had been involved with organising a funeral, using the Co-op's funeral services. Included with the final bill was a stamped, addressed envelope for posting a cheque. You can imagine how incensed I was. 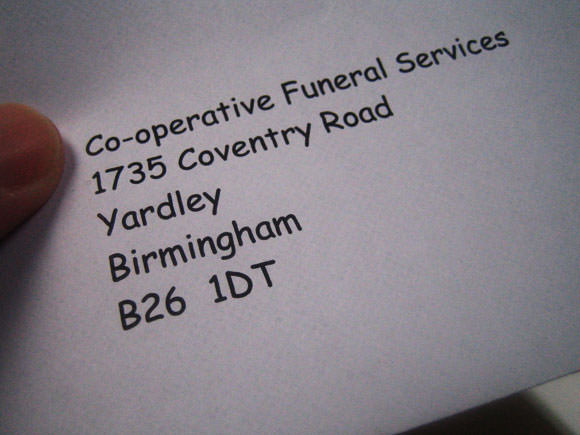 The question I'm asking, however, is does this *really* matter?

Do microscopic chinks in a brand's armour really weaken it, or are they a reminder that any organisation is run by real people? Designers, myself included, speak at length of the importance of consistency in communications, and that any deviation from the style guide is a grave act.

I can spot brand deviations a mile off – it's my job. But I doubt the average member of the public notices, and if they were to notice, they wouldn't care. Did any Center Parcs customers enjoy their holiday less (excluding myself), because some swimming pool signage was off-brand? Would someone dealing with the loss of a loved one really think less of a funeral director because of an off-brand envelope? It irks me, but I would say not.

I've been responsible for large brands before, and to a certain degree, you do have to choose your battles, or nothing would ever get released to market. However, as innocuous as these little branding indiscretions are, it is still the job of the designer to stamp them out. Yes, it makes us seem petty, but the moment we let things slide, bigger and bigger mistakes will be made, and all of a sudden your brand is out of control. We must plug the tiny leaks in the dam, lest the whole structure becomes fragile.

So I urge designers (and clients) to keep a keen eye on the fine details. And when asked, 'does it really matter?', reply with an emphatic 'yes!'