A new way of seeing music?

Having been letting iTunes' most recent music visualisers caress my eyeballs and synapses recently, I've been thinking about how visual representations of music could be taken forward. Sure, Apple's latest visualisers are absolutely beautiful - graceful, colourful, and very slick. But essentially they still behave much like the visualisers of ten years ago. They still just act as animated wallpaper, regardless of how gorgeous they are. 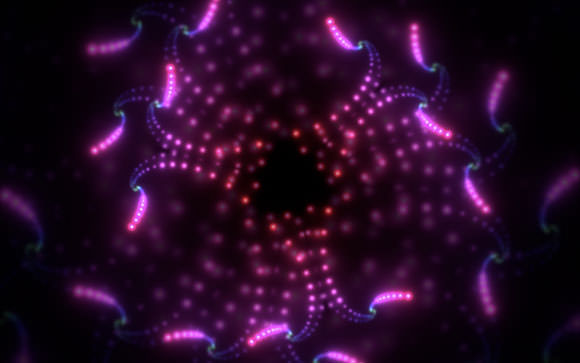 It's something that really interests me. As music continues to migrate to digital platforms, the visual and tactile aspect of it is lost. Bad enough was the scaling down from gatefold vinyl record sleeves to CD cases (although there are some wonderful CD packaging designs out there), but from CD to digital, we lose nearly everything. Perhaps visualisers which reflected the tone of the music could bring an element of the visual back into music appreciation.

For example, what I would love to see (or even work on) would be real-time music visualisation which had a true link with the music, rather than just pulsing in time with the beats, etc. 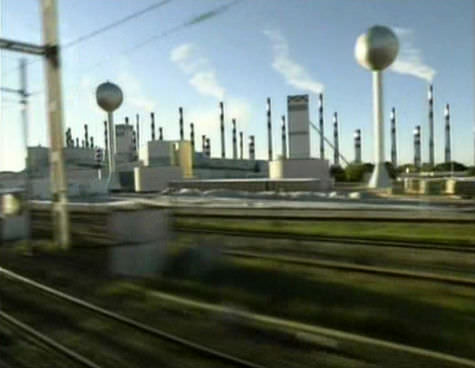 [/caption]I love Michel Gondry's video for the Chemical Brothers track Star Guitar. I first saw this from about halfway through, and didn't realise what was going on, and thought it was just an ironically dully video for a dance track. However, when I saw it again, and realised that every element in the video represented a different sound in the track, I was hugely impressed.

Of course, Gondry's video is painstakingly built, based on prior knowledge of the music, but surely once the idea has been established, some clever individuals should be able to, say, build a library of landscape elements, and have software scan audio tracks to detect commonly-occuring sounds, and attribute an appropriate visual asset?

I would love to design a visualiser based around architecture. How exciting it would be to see a randomly-built structure form before your eyes, to the soundtrack to one of your favourite songs! Structures could form, and deform, depending on the pace/volume/whatever of the track. Perhaps the style of music could inform the style of architecture. A Philip Glass symphony would generate a huge, but uniform housing complex. A three minute pop song would build a small but perfectly-formed cottage. A Black Sabbath track could build a huge, ominous gothic tower.

It wouldn't need to be limited to architecture - anything could be generated. Plants, faces, maps of imaginary places. On discussing this subject with my good friend Imran, he pointed me to some experimental algorithmic work - check it out.

Looks like the result of a town planning meeting chaired by the Cubists! But you can see that there's huge potential to be tapped by linking digital music to something more than pretty, but ultimately empty, pictures.

If anyone has the technical capability to develop something like this, it would be lovely to hear from you.