BarCamp Leeds 09 was another important example of the vibrant creative scene in the North. I attended on Saturday, and while the idyllic weather probably didn't do a great deal for attendance figures (despite being a sell-out, there were numerous absences), it turned out to be a case of quality over quantity, with a full board of talks, covering a diverse range of subjects. 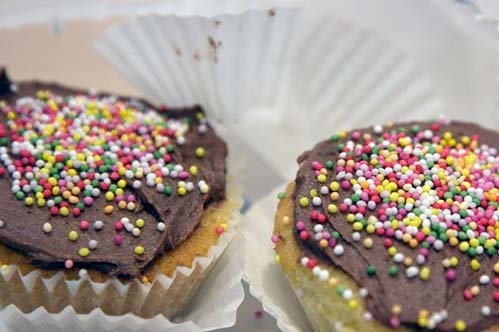 The first session I attended was held by Emma and Michelle, the founders of blog and cultural hub The Culture Vulture. The talk ensured a great attendance, by promising cakes to all who came. What followed was an interesting discussion on scale and ambition put into practice. Legal issues, censorship, viral marketing and scope were all discussed, with many experienced web professionals contributing ideas and advice.

"History of Leeds - what every geek should know" - Matt Edgar The next session was held by France Telecom's Matt Edgar, on the history of Leeds, revealing that invention and experimentation have long been a part of Leodian life, citing the 'discovery' of oxygen, Le Prinze's pioneering film camera, and the standardisation of the size of pins, amongst many other things! See the slides from the event

"Can we create a tactile experience of digital music?" - Dean Vipond

I then had to dash, to give my own talk on creating 'A tactile experience of digital music'. This was based on my earlier blog post about music visualisers. I have since explored possibilities further, and put forth a number of ideas - abstract, tangible, passive and interactive. I was very heartened by the enthusiastic response it sparked, with many additional ideas being discussed during the questions session at the end, and a number of people approaching me afterwards. I now have much more food for thought, and am very grateful to all who contributed.

John Leach eased us into the post-lunch chunk of the afternoon, with an amusing demonstration of his Ukepedia project, including a musical slight against Microsoft, one of the event's sponsors!

"The Art of Conversation" - Matt Seward

Following this, Matt Seward of Leeds digital agency Kilo 75 sparked an interesting discussion on the nature of branding, and the importance of creating a dialogue with customers. Branding is a nebulous subject, with no single right approach. Matt Edgar raised an interesting point of whether customers truly want dialogues with every brand they encounter? I chipped in with the assertion that brands are only as strong as the deeds of the business behind them - which is why so many banks are scrabbling to reposition themselves as either your best friend, or big and reliable. It's a subject which deserves much more debate than there was time for on the day, and has given me much food for thought. 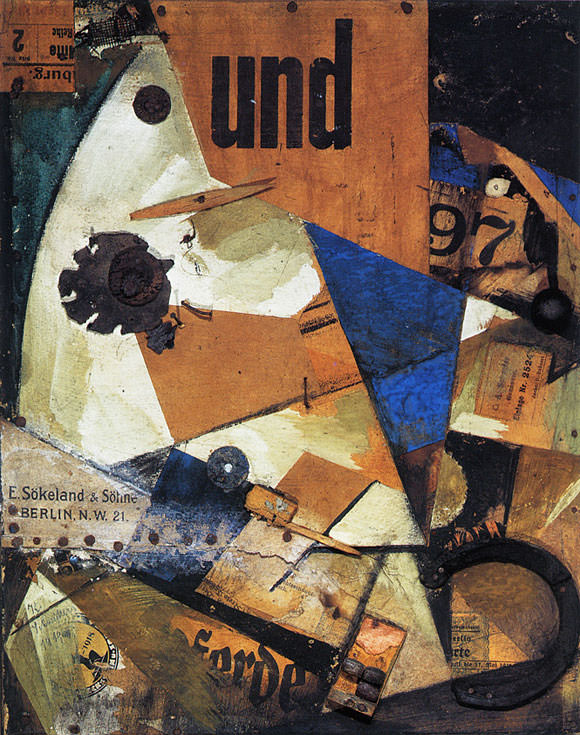 The last session of the day I attended was Dave Mee of Tandot, and definitely had the most intriguing title. Kurt Schwitters was a much overlooked German artist, who worked in the first half of the 20th Century. Dave gave us a fascinating potted history of his life and work, arguing that Schwitters' self-styled art form 'Merz', which incorporated any materials at his disposal, to create works which were never truly finished, was a precursor to how the web now works. Conversations never truly end, through the likes of Twitter, and all people have the ability to contribute many different media to something, in order to continue its evolution (e.g. Facebook). Transience was also discussed, as much of Schwitters' work does not survive to this day. By the same token, web sites do not last forever either, and it's harder to take a 'snapshot' of a given time, in the same way that having an old newspaper does. Dave's was an original and extremely interesting talk, and it's testament to its relevance that consumer trend watching body Trendwatching.com has just published observations on just the same theme. If you're interested in more, and to see slides from the talk, visit http://tinyurl.com/merzweb

The talks I attended were just a snapshot of the breadth of ideas and discussions prevalent over the weekend. I was very disappointed to have missed a couple of talks around local social history projects, which sounded extremely interesting. Despite this, I came away from the event much enlightened on a number of subjects (not least inner ear infections, thanks to the Ukepedia project!). Barcamp Leeds, and the LSx09 festival as a whole, demonstrated the great wealth of talent, creativity and enthusiasm in the region. I understand LSx10 will be a much grander affair, and I'm looking forward to it greatly.

Many thanks to Caz Mockett for the use of the cakes picture at the top of this post!