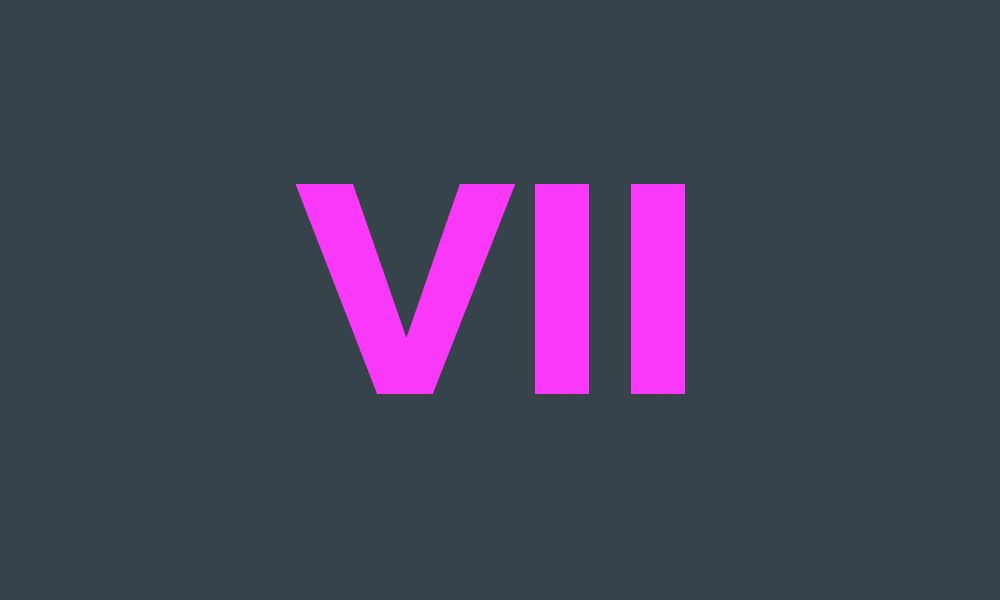 Well, this week is seven-year anniversary as a freelance designer. It’s been quite a ride. What started out as a temporary measure, following my departure from a role managing an in-house design team at a large corporation, has kind of turned into a permanent situation.

It’s not always been easy – being your own account handler, and ensuring enough work is booked in, whilst working hard on the work sat in front of you, is a tricky balancing act, and one I don’t think anyone can ever get completely right. But the high points far outweigh any of the harder parts of the job.

Since going freelance, I’ve visited the set of Emmerdale, met royalty, cycled around ancient Scottish heritage sites, been tweeted by Maggie Philbin, got on the credits of a movie, as well as working on some brilliant projects, with the nicest and cleverest bunch of people. I still can’t quite believe all that has happened, sometimes! So I thought I might write a few tips I’d give to anyone thinking of going freelance. One or two may be helpful.

1. Get an accountant
No, really, this is the most important thing. Yes, there’s all sorts of nice software and services out there, but it’s not just about someone doing some maths for you. It’s the relief of pressure, and one less arduous job for you to do, which could be spent doing client work, or learning something new. Also, they offer handy legal and tax advice when you need it. However much they charge, it’s worth it.

2. Keep some money saved
It helps to have a war chest before you start out, to pay the bills during those quiet months, especially in the early days. It’ll take the pressure off you, and stop you making rash agreements with clients (like low rates for your work, because you’re desperate).

3. Know your value, and be confident
If you have a rate, and you know you’re good at what you do, then avoid haggling over your rate. Sure, if someone’s booking you for three months of work, or a retainer, that’s different, but if a prospective client is trying to knock you down, that’s not really a good footing on which to start a relationship. If a client thinks they need your services, they should be prepared to pay for them. If not, then they’re welcome to go look for someone cheaper. There’ll always be someone cheaper. Oh, and don’t ever free pitch. Ever. Your ideas are your currency. Yes, have the meetings, kick some approaches around verbally, but don’t ever give someone a design for free. It devalues you, and it devalues the process.

4. Don’t over-promise
This is really important. If you’re absolutely slammed work-wise, and a great-looking project comes up, you’re just gonna have to grit your teeth and say no. Explain why – clients will respect that you’re not prepared to ‘squeeze in’ a project and dash it off poorly, or compromise the work you’re already dealing with. I’ve had to decline a couple of ultra-cool projects and wept into my pillow after, but those same clients have always come back again. Which leads me to…

5. Turn down work if it doesn’t feel right
It’s OK to say no if you don’t have the capacity for a project. It’s also OK to say no if you just don’t want to do it. This could be for a number of reasons. Perhaps it’s for a client you’ve heard bad things about. Maybe you think the product stinks, and you don’t want to spend your time trying to help sell it. Whatever the reason, if your heart’s not in it, you won’t do good work, and the client won’t get value for money. So politely decline, perhaps recommend someone more suitable, and move on.

6. Fit in, but don’t blend in
As a freelancer, I’ve often had to parachute into an existing team, or help out with a project that maybe needed a designer earlier in the process, and needs getting back on track. It’s important not to start tipping over tables, and putting noses out of joint on Day 1. Take the time to understand what the current situation is, and the circumstances that have led to it. Find out who the decision-makers are, and find out what the process tends to be, to get a project finished. If it’s a broken process, don’t be afraid to question – as an outsider, you can often ask things your internal colleagues would like to, but can’t. Make the most of your position as a hired hand. Be refreshing, and co-operative, and get asked back!

7. Be niceWell, duh. But really, this is important. I don’t see myself as a world-class designer by any means, but very clever people working on really awesome projects keep asking me back to work with them, and part of that is because I do my best to be nice. I take my work seriously, but that doesn’t mean it can’t be fun. That beleaguered product owner had a great day when you brought 1980s neon Sharpies and chocolate-chip cookies to the UX workshop. Or maybe you made the marketing exec’s job a bit easier by drafting some rough copy to help them get the right tone to accompany the landing page and sign-up flow you’re designing. Or perhaps you just reply to emails and Slack messages in a friendly manner. Respect the people you’re working with, understand their needs, and be nice. Easy!
OK, so that’s seven tips, for seven years of freelancing. Ugh, I made a listicle without realising it.