Decode at the V&A

I headed down to London to see the Decode exhibition at the V&A. Based around the notions of data visualisation, technology and interactivity, it was a small yet flab-free exhibition that was impressive and fun. 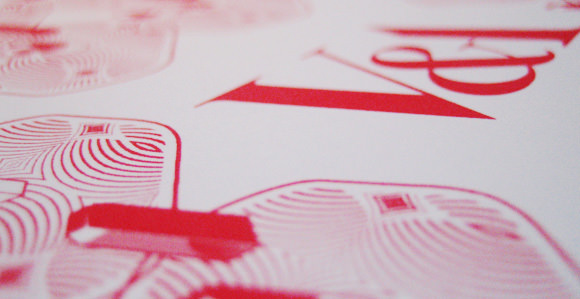 The entrance to the exhibition was strewn with fabricated foliage, which responded to sound and movement, responding with light and sound, prompting entrants to stamp their feet a lot!

Following this, there were a number of pieces of generative art – works which run procedurally, either by preset programming, or responding to data. Perennial Flash hero Joshua Davis had a nice looking piece, while a work by Universal Everything felt a lot less ‘techy’, almost painterly, as it built, shifted and reinvented itself. 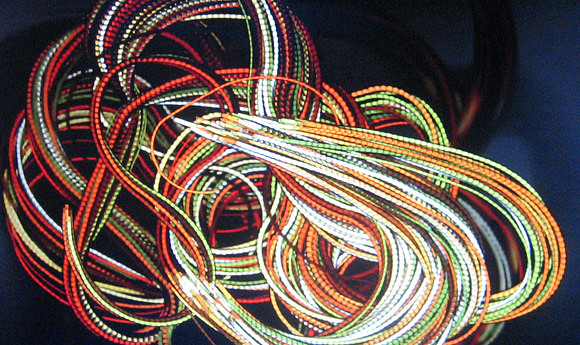 Radiohead’s mind-boggling interactive video for House of Cards, by James Frost, was there, looking great on a hi-def touchscreen, allowing users to move it around as it played. Have a go of it yourself here (note, it takes a while to load, but it’s worth it). 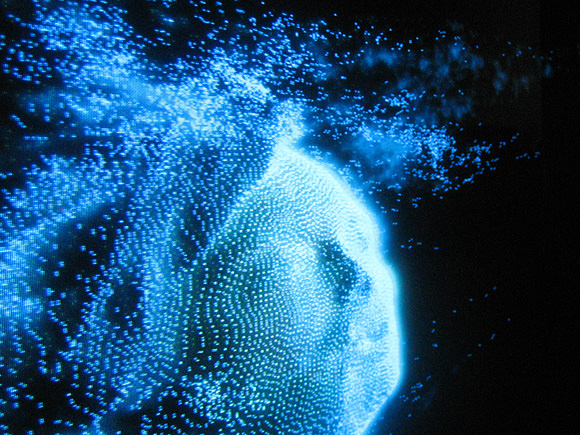 There was a nice piece by Flight 404 (who coded one of iTunes’ music visualisers, fact fans) which reacted to sound, although I felt a bit of a fool shouting and coughing at the screen to make the imagery react. It’s a really interesting piece, especially as the relationship between sound and visuals is a minor obsession of mine. 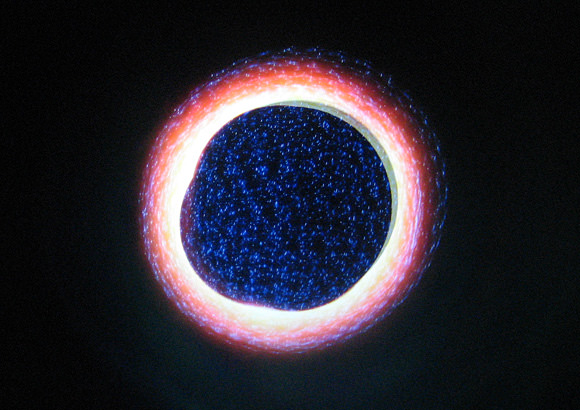 Many of the more overt interactive pieces are clearly influenced by video games. Sennep’s piece ‘Dandelion’, where the user holds a ‘real’ hairdryer, and uses it to blow away seeds on a digital dandelion clock, was a combination of Nintendogs (a DS game where you pamper virtual puppies), and outstanding Playstation 3 game Flower. Another piece was very reminiscent of groundbreaking music toy Electroplankton. 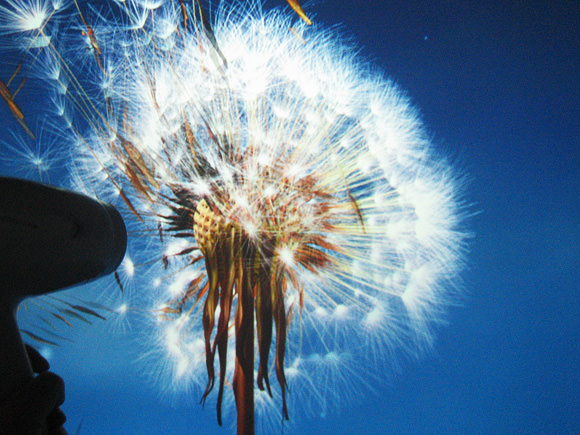 What was nice about the exhibition was that not everything was screen-based, with a few more tactile, mechanical pieces too. By far the most impressive piece for me was Daniel Rozin’s ‘Weave Mirror’, comprising hundreds of wheels, coloured from white, gradating to black, which rotated to form a greyscale image of the viewer as they stood in front of it. While the programming and planning behind it was incredibly complex, what was most satisfying was the sound it made as it changed, reminiscent of pre-digital train departure boards (clickety clickety click). 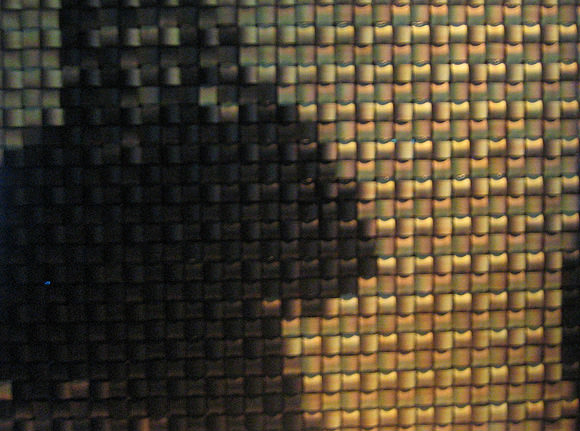 It was a very satisfying exhibition to experience, and I applaud the permission of photography and video, which obviously allows people to record specific instances of works which by their nature are fleeting. What I do feel though is that the ideas and execution on show here is only scratching the surface of what could be possible, both in terms of how data could be presented and used, and in real-world applications that could enrich and improve peoples’ lives. It’s certainly gotten me thinking.