Designing and building for the future

I have always been a fan of post-war architecture, and its attempts at doing things differently. I admit this is partly due to being a child of the 1970s. I grew up surrounded by these kinds of buildings in Birmingham - many of which are no longer there (most notably Birmingham's Bull Ring).

However, looking at things objectively, as maligned as a lot of it is, I admire those who pushed it forwards, even though much of it ultimately failed in its goals.

The whole idea was to build a brave new world, and to try and wipe away memories of a Britain ravaged by war and bombings. What better way than to create buildings that looked like nothing that had come before? Concrete allowed for huge structures - towering monuments to the future. New shopping centres and social housing projects were designed to encourage community relationships and revitalise the economy. 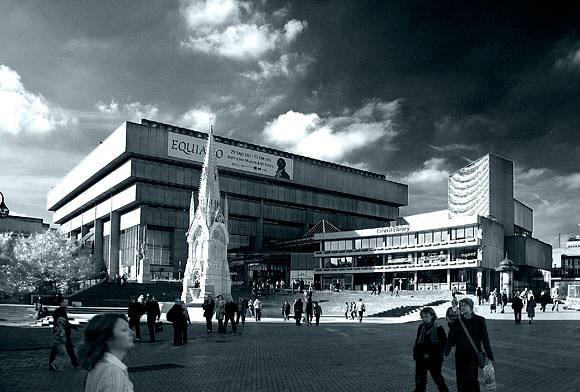 Look at Birmingham's Central Library. I don't care what Prince Charles thinks of it - there's a strength and power to its form that puts learning at the centre of the city. I haven't been inside it since the late '90s, but it's equally interesting inside, where you can look down from upper floors to those below. I do hope they've changed the yellowy lighting since then, though! 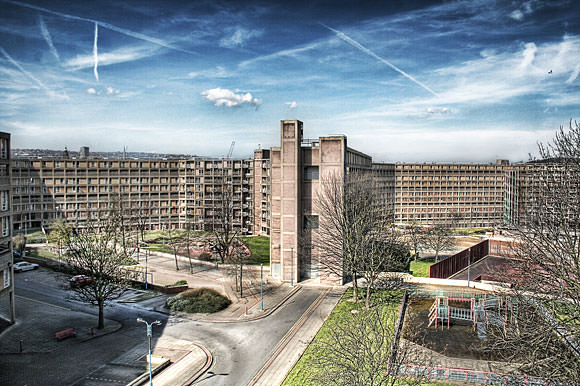 The Park Hill development in Sheffield is staggering. Built between 1957 and 1961, it is the largest listed building in Europe. The original concept was to create 'streets in the sky' - a noble and exciting sentiment indeed! It's currently undergoing renovation.

Of course, it is easy for me to praise something like Park Hill - I've never had to live there. As a project, it inevitably failed, and the council more recently found difficulty finding tenants, due the crime rate and poor state of repair of the building.

It is my job to ensure that the work I do is fit for its target audience, through research, testing and iterative development. Maybe that was what was lacking from the development of buildings in the ’60s. Perhaps someone might have pointed out that Park Hill could be abused by muggers due to its structure and layout.

However, what fills me with admiration for all of this is how its creators were really striving for something more - to make a better world for its inhabitants, which is something everyone working in the creative industries should be encouraged to do.

Right now feels like a good time to think about things like this. America has a new, more liberal president, who espoused to the world the importance of making the world a better place. Miscommunication and misunderstanding are still causing wars, yet the internet allows for unparalleled global communication between people who have never even met. The global economy has put bankers and politicians to shame, but also maybe made many of us realise we really don't need to replace our year-old iPods just yet.

Will this new-found solemnity arising from the events of the last decade drive new styles and standards in the world of design? Hard to tell right now, but it will be interesting to see where things go over the next five years.

Many thanks to Martin Hartland and Paolo Margari for the use of their photos in this article.