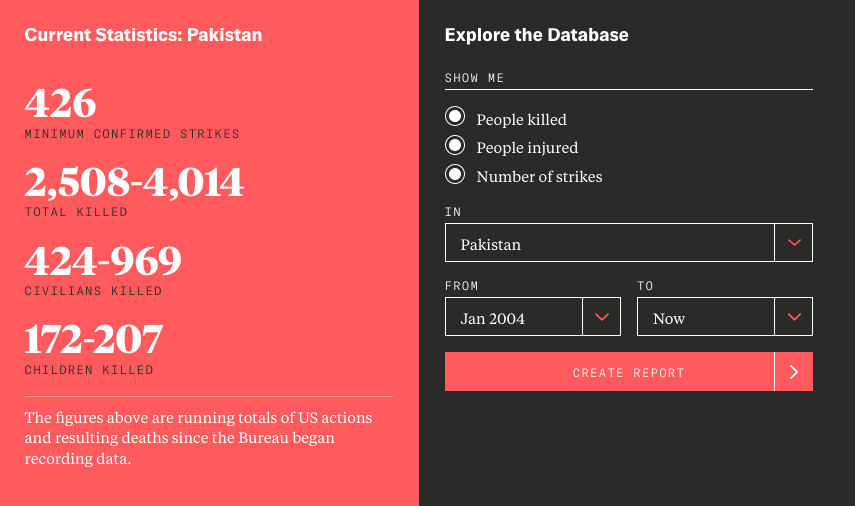 I'm pleased to announce that a project I worked on for The Bureau of Investigative Journalism has been shortlisted for a prestigious, international award.

The Bureau's Drone Warfare data explorer is up for the News data app of the year award at the 2017 Data Journalism Awards, with the winners being announced on the 22nd June in Vienna.

The explorer aimed to allow people to understand the data The Bureau has been collecting for years, on drone strike reports in Afghanistan, Pakistan, Somalia and Yemen. Each report has been carefully sourced and validated by the Bureau.

It was great to work with The Bureau, and also my friend James Jefferies of Shedcode, who wrangled the data to allow the app to work.