How Super Heroes can make you a better designer

I've been a fan of comics for as long as I can remember, and they have been a huge influence on my visual vocabulary. I'm sure comics have played no small part in my decision to pursue graphic design as a career, too.

I'm not a comics geek by any means - I have no real in-depth knowledge of them. I was raised on a steady diet of Beano/Dandy/Beezer/Topper as a child, with most of my exposure to American comics coming via TV shows.

However, a few American comics were in my posession as a young boy - presumably random purchases from parents or relatives. I certainly didn't buy them myself.

American comics were supremely exciting. Full colour throughout (as opposed to the one- or two-colour print jobs the majority of British comics were at the time), they were a different shape, they were often violent, scary or sad, and were filled with ads for mythical toys, sweets and other products unavailable in the U.K. (I would have given anything as a five-year-old for a cream-filled Twinkie and a pack of Space Monkeys).

Of the assorted copies of Batman, X-Men and the like I had at my disposal, one particular edition of Green Lantern was to make an indelible imprint on me. Indeed, it was the only Green Lantern comic I owned, but I was obsessed with it. 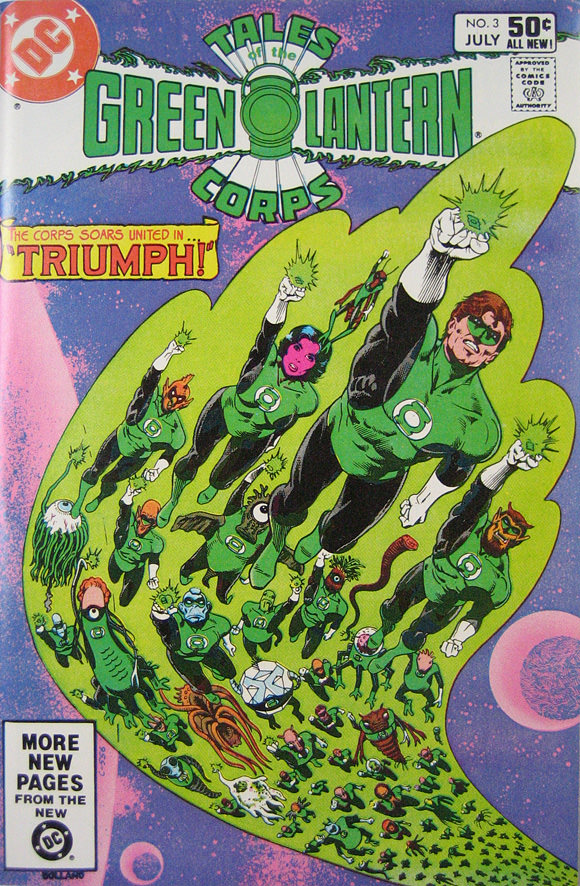 This comic wasn't about a superhero. It was about a whole army of superheroes, from across space! Look at the dramatic layout of the cover, with hordes of odd-looking good guys disappearing into the distance. I would pore over this cover and the contents within again and again.

This comic was an early lesson in thinking beyond what I understood something could or should be. The artist must have had a whale of a time coming up with crazy alien designs - giant crystals with haircuts! Tentacled eyeballs! Amorphous blobs! Something that looks like a stick of celery! As a child who grew up with 'Star Wars', I was accustomed to most aliens being basically humans in masks (until Jabba The Hutt turned up, but that wouldn't be for a couple of years). Hence, when I drew aliens, they would tend to be humanoid, but with funny heads, or costumes. This comic taught me that I could do whatever I liked. 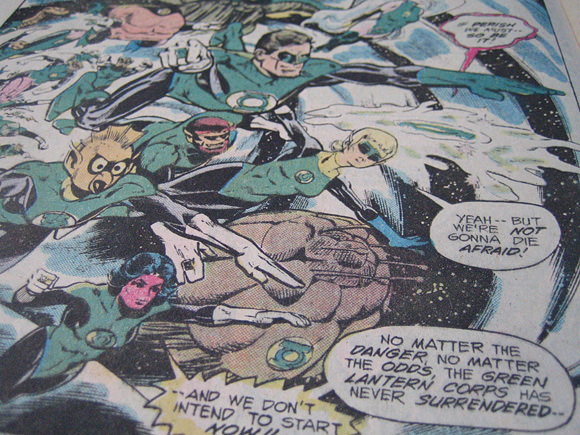 It's something I was reminded of recently, while trying to think of the last time I saw a piece of design, or a way of interacting that made me rethink the way I approach projects myself. Of course, as we get older, and our knowledge of things widens, it's harder and harder to find something that truly knocks one's socks off, in the way my Green Lantern comic opened my five-year-old mind. And of course, designing (for example) a web site that is usable will have to conform to certain rules of thumb, if it is to be successful. I'm always on the look out though, and I'd be interested in knowing what has opened other people's doors of perception.