Open data, open to all

Here's a write-up of some interesting open data projects showcased at Manchester's FutureEverything conference in May.

There was an overarching theme at this year's FutureEverything of 'cities' – what makes them unique, what drives their development, how people live in them and how they could be improved. This provided a compelling anchor for a decidedly broad range of subjects being discussed.

The first session I attended was for Bristol's B-Open Media Sandbox initiative, which commissioned a number of projects to look at creative uses for Bristol Council's open data. How can council data be used engage citizens and improve their lives?

Delib's 'I Heart My City' was interesting in that the aspirations for the project could not be fulfilled, due to the available data being insufficient to present a truly transparent service. Location data was not available, so citizens could not see how council money was being spent in specific areas of the city. In addition, only external spend was available, meaning it wasn't possible to show how money was being spent in internal departments. 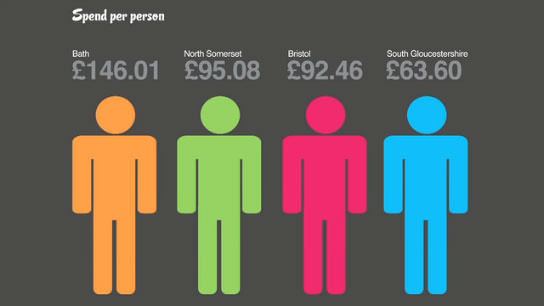 Despite these frustrations, it was interesting to see what could be made, were the correct data made available. Delib's delegate did point out that in London, any transport company wishing to tender for contacts must agree to providing their data, so that future initiatives (such as bus tracking services) could be enabled.

What did arise from the post-presentation questions was the notion of privacy. What does open data mean for the privacy of public sector employees? Would a social worker, teacher, or council receptionist want their salary to be public knowledge? Sure, knowing the financial details of our elected politicians is one thing, but is it necessary for us to know which of our local library staff earns more than their colleagues? I don't think so.

Also, as apparently essential as a bus tracking service would be, it's not a stretch to point out that being able to pinpoint a bus driver at any given point might have privacy implications.

Blossom Bristol was a very different project, being a mobile game for monitoring air and water quality across the city. Players could plant virtual crops in real places across the city. The real-life environmental conditions of the area would dictate the health of the crop. 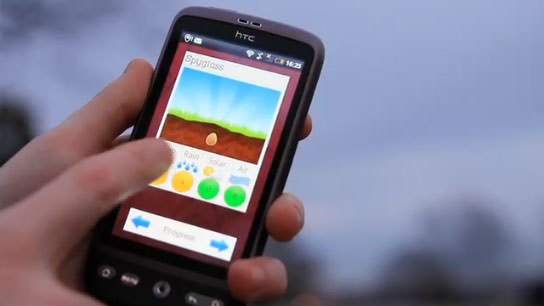 'Gamification', the notion of influencing people's behaviour by making a given task feel like a game, is a very hot topic in technology and marketing circles right now. It's a hateful term, mainly because there are so many snake oil merchants suggesting that strapping a points or badge system to anything from email to a daily chores will instantly make people want to interact with it.

What the gamification advocates forget (and what PM Studio remembered) is that you need to build a compelling game if you want people to play it. Blossom Bristol succeeds in that it was fun, and people cared about the crops they planted in the same way as they did their Nintendogs. The outcome of this was that people became more interested in the environmental quality of the space around them, which then drove more pressure on councils to improve work in this area. Unfortunately it was only commissioned as a trial – I'd love to try this game where I live.

The Hills Are Evil project was fascinating, and to me, felt like a real 'why hasn't this been done before?' kind of project. Allowing users to provide gradient, surface and curb information to a collaborative map allowed wheelchair users, people with puschairs, or cyclists invaluable information for getting around Bristol. Flat maps give no indication of whether a street is steep, cobbled, or has high curbs. 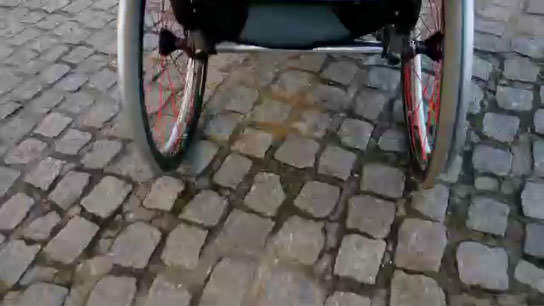 What was interesting is that the creators didn't aim to just make something for disabled users, moreover something disabled users would find useful. This way, it didn't come off as patronising, and also opened its usage base up to, say, cyclists who were looking for an easier (or more difficult) ride for the day.

How can open data be open to all?

Each of the three projects showed just how beneficial clever use of data and user interaction can be, in improving people's lives on a personal or civic level. What ultimately strikes me about these projects, is that they (obviously) require smartphones, and as such present a barrier of entry to many of the people who would stand to benefit the most from using them. Even if though smartphone costs are continually falling, the sustained investment of connectivity and data charges is not something poorer people would be able to afford.

The notion of giving someone a fishing rod instead of a fish is no longer valid, so long as a continued injection of cash on the part of the user is required.

I would love to see a project like this trialed where devices and data charges were all fully funded. I think we'd really start to understand the benefits open data projects can help entire communities, not just those who can afford to be involved.