Perfection is hard to love

Is it the imperfections we see in things which endear us to them?

My very first post on this blog was on the notion of 'perfection' in design, and how if you look at certain, often mundane things objectively, it is easy to see that they do their job perfectly. There is nothing one could add or remove from its design to make it do its job any better.

However, upon thinking about it further, I think this is also what stops things that fall into this category reaching greater awareness through emotional attachment. People don't 'love' door handles; they just notice when they're a bit stiff, or positioned too high or too low.

Good design doesn't have to be invisible

It's often said that 'good design is invisible'. This isn't necessarily true, as it is often the small, needless details which heighten one's experience of something. Remember when CD players in the early '90s said 'Hello' and 'Goodbye' on their LCDs when you turned them on and off? I loved that. Or the tactile clicking noise when you use an ipod's scroll wheel? Unnecessary, yet delightful.

It is when design takes a step away from just doing its job, and begins engaging us on a sensory or emotional level, that things become less 'perfect' and universally accepted, but also heightens the chance of standing out and being loved by some.

It all depends on how far the creator goes. Obviously the more one develops a design in a certain direction, the greater chance it will appeal more to a certain group of people, and less so others. 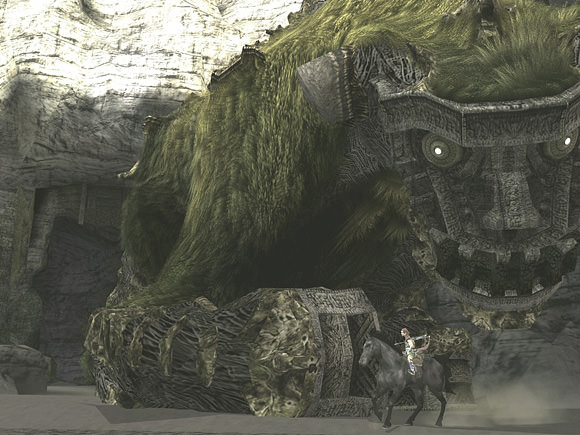 Look at the video game Shadow of the Colossus. It's a unique game, with an odd, lonely atmosphere like no other I've played. It encourages a distinct level of emotional involvement in the player, both in their relationship with the in-game character's horse (that sounds a lot weirder than it actually is!), and also in the guilt the player feels in defeating the huge (stunningly designed) beasts you have been charged to kill. It's just this kind of atmosphere, and conflicting feelings the game invokes, that has driven many to proclaim it a masterpiece (myself included), while at the same time drawing derision from those who don't wish to experience these things when they play games. Of course, the game could have been made more immediate, and the beasts in the game could have been made more clearly 'evil', but that would have eliminated just the elements that have made it so revered in some circles.

From a branding point of view, Wolff-Olins' London 2012 Olympics brand identity has been highly criticised — by both the mainstream press and by many people from within the design industry. I saw a talk given by Neville Brody not long after it was unveiled, and he had quite a rant about it! For me, the jury is currently still out on whether the branding succeeds, and I don't think we'll really find out until after the closing ceremony.

I know the branding doesn't appeal to me personally, but then perhaps Wolff-Olins was taking it in a different direction — one that will appeal more to young people, and encourage them to take up sport, and become more aware of the importance of global competition. But perhaps something like the Olympic Games shouldn't be so narrow in its scope. It is, after all, intended to unify people from across the world; not just to inspire the UK's disaffected youth. Would a more universally acceptable design solution be remembered in years to come? Does it need to be? Considering the reactions it has garnered so far, it's safe to say that this design isn't 'perfect' either, but it's getting a lot of press, and I'm sure some people really will grow to love the identity. Indeed, I'm quite partial to the recently unveiled pictograms, even though I don't care for the main logo, or the typography employed.

Of course, ensuring your creation appeals to a specific group of people is one of the chief aims of many design projects. Engendering deep emotional involvement in the end user is probably something that cannot be truly gauged until after it is in use, but taking that extra step could mark the difference between a successful, yet unremarkable piece of work, and a flawed, but loved one. Whether that is right for your project, or your client, is of course a different matter altogether.