Dean Vipond was appointed by the smart folk at Six To Start, to provide visual and interaction design for an online game to accompany the new BBC TV show 'The Seven Ages of Britain'. 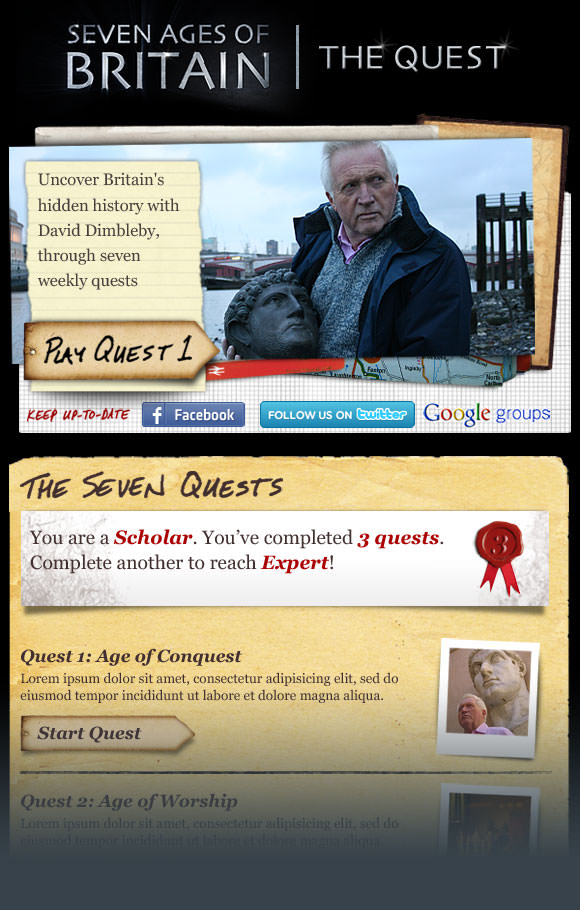 Commissioned by The Open University, the game features a series of 'quests', in which players must piece together a famous artefact by answering a series of questions. The questions are much tougher than your average online quiz, and research and collaboration is encouraged, with players being able to ask for help via Twitter and Facebook.

The visual style aims to echo the feeling of discovery and research prevalent in the show, with a rich, layered and textured approach.

Why not embark on The Seven Ages Quest right now?