Is data visualisation getting a bad name?

I was pleased to see graphic design in the news this week, for reasons other than the usual public and tabloid outrage over massive fees for ‘just a logo’. Data visualisation was the subject of a small report and studio discussion on BBC2’s Newsnight show, featuring ‘infographic’ advocate David McCandless, and design heavyweight Neville Brody duking it out. 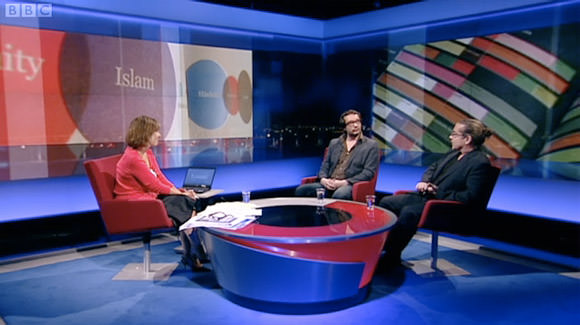 The general argument on the part of McCandless is that we are saturated with data these days, and that his work and that of others is exploring new ways of presenting it, in order to give abstract subjects some context or relevance. That such projects can also be beautiful is a serendipitous by-product of this exercise.

Brody took the opposing view, largely consistent with my own, that superfluous artistry serves to cloud the very facts the graphics are trying to represent, and that this is potentially dangerous.

Ganging up on the new guy

The studio debate felt fairly one-sided to me – McCandless is clearly less experienced in discussing design at a deep level than Brody, and presenter Kirsty Wark seemed to treat McCandless as some kind of nefarious, truth-concealing politician, rather than the jobbing designer/author that he is. You could see Brody trying to get some decent responses from McCandless, but none were really forthcoming, which is a shame, as he had some valid points, which just weren’t asserted hard enough.

What I think McCandless was trying to say was that with the massive and constant streams of data to which we now have access, their meaning can be lost, and that representing information visually can help people better digest it. Wark suggested that such methods could also be used by political parties, to ‘spin’ stories. Her tone angered me, as it felt as though she had exposed McCandless as having invented a new tool for politicians to hoodwink us with. No Kirsty, you’ve just realised what graphic design is about.

Graphic design is all about communication, and for the most part, this is to influence people’s behaviour. Whether you’re designing a gas bill, a poster for a concert, a leaflet about diabetes, or a website for a chartered accountant, you’re spinning something. Sure, most designers have a level of integrity in their work, but to suggest that design is about presenting pure facts, with absolutely no subjectivity, is complete rubbish.

The thing is, the need for good data visualisation is probably greater than ever. It’s just that there’s a hell of a lot of rubbish ‘infographics’ out there which makes one think the discipline is a waste of time. Much of what I see definitely clouds the facts therein, drenched as they are in lovely shapes, colours and typefaces which distract, rather than inform. Even the term ‘infographic’ makes it sound like a throwaway, consumable item, to be Tweeted to your friends, along with a link to a blog post entitled ‘67 awesome shopping cart icons’, and then forgotten.

Designers have a responsibility, either to their client, to their client’s audience, or to the information itself, to ensure that a message is communicated, and received. If it’s necessary to influence people’s reactions, for whatever your reasons, then that’s fine; it’s your job to do that. If you’re just playing the narcissist on your Macbook Pro, under the auspices of being a force for truth, then you’re not a designer.

As is often the case, Paul Rand said it best: ‘When form predominates, meaning is blunted. But when content predominates, interest lags.’ It is the job of the designer to find this balance, if information, and its meaning, is to be understood.

To finish, here's a great pastiche infographic, which sums up my concerns very nicely. Thanks to Phil Gyford for the permission to use it.